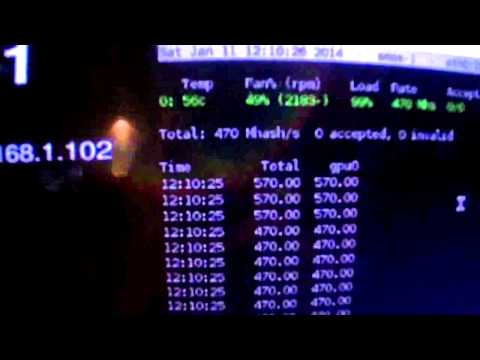 A couple of questions...

I am looking to get into mining. Due to my research, it appears that I would need quite the rig to mine bitcoins. I have come to the conclusion that litecoins would be a good place to start. If you guys/gals don't mine, I would like to get some clarification on a few things.
1) I have a few older computers lying around, but they are not too good, and max at 4GB Ram and are running linux. Would it be worth it to connect decent GPUs and put them online to pool mine?
2) Is pool mining the best way to mine? It appears that I would need lots of startup money to mine solo.
3) Frys has MSI R9 270X cards on sale for Black Friday for $159. According to this, they have an approximate hash rate of 475 kH/s. If I were to put two in one computer, would that double the approximate hash? If so, would this be more effective than a single 7950, as that would be 950 kH/s vs the 7950s 650 kH/s?
4) If mining solo, you don't get a reward unless you solve a block, correct? At 950 kH/s at current difficulty, that approximately happen every 159 days.
5) So, if mining in a pool, anytime the pool solves a block, the reward is split, so I would gain litecoins faster that way, correct?
6) There seems to be multiple types of pools. Which would you suggest, and why?
I guess my main interest, is how many people are actually collecting coins off smaller rigs? Should I just wait until I have enough free money to invest into a great rig?
Thank you for your time in advance, and sorry if I asked too much. Just really interested in all aspects of this. I have been telling my wife for a while that we needed to get into this, but somehow now its my fault that we were not mining 9 months ago.

[SG] I Am Accepting DOGE as Payment for Custom GPU Mining Rigs for Local Pickup in Chicago, IL USA

This dogecoin adventure is crazy...

Hey guys, I'm a new shibe but I've been watching this whole dogecoin thing since it came out and I want to tell about my adventure... I remember hearing about dogecoin when it first came out, and my first thought was basically "well this is kind of stupid that this is a thing now but what the hell I'll check it out." I was mining litecoin at the time on just a ATI 5830 which only gets like 275 kh/s for me, so dogecoin felt more fun when I started mining it at such a low difficulty.
Anyways, I traded chunks of doge into litecoin a little at a time but then like a week ago I was impatient and had accumulated like 140k doges when the exchange rate was about 43 satoshis, and since I was impatient and wanted to actually buy something, I traded ALL of them for litecoin, which I then added to my other litecoin stash on BTC-E and then switched the whole thing into bitcoin. Then I bought a R9 270x from bitcoin store and was all proud of myself because I bought a video card with only mined coins!
Now I'm sitting here looking at the exchange rate and my head is exploding. It's cool having that video card (hashing away mining more doge now) but when I see how much that doge I spent is worth now it's kind of bittersweet, especially with the huge difficulty increase. I could have got a 280x with only my mined doge at this point without having spent any of my other coins!
It doesn't bother me too much though because it's all part of the trip to the moon right? So yeah that's my story, and I'm definitely having more fun with dogecoin than I thought I would initially even with my occasional losses (I wasted a bunch gambling too early on lol). I'm also completely new to reddit by the way, so... sup guys?